"Lord Baltimore" is the first episode of Season 2 of The Blacklist, the twenty third episode overall and the Season 2 premiere. It aired on September 22, 2014 on NBC.

While continuing his battle with Milos Kirchoff, Raymond Reddington recovers intelligence from a Congolese warlord (Yaabari) that a person named "Lord Baltimore", an information broker, hired a Bounty Hunter to kill him. Meanwhile, Elizabeth Keen goes through the process of annulling her marriage with Tom, and is unknowingly under surveillance by an unknown party. During the investigation into Lord Baltimore, the Task Force questions Rowan Mills a supposed victim of Lord Baltimore. Further investigation into Mills reveals that she is actually Rowan's twin sister, Nora Mills, a covert operative who suffers from an engineered dissociative identity disorder, and is also revealed to be the actual Lord Baltimore. Red learns during his brief captivity by a Mossad agent Samar Navabi that Baltimore's intended target is his ex-wife, Naomi Hyland. Liz attempts to evacuate Naomi, but her team is ambushed by a kidnapping team led by Mills. While Liz successfully captures Mills, Red attempts to rescue Naomi at a designated apartment only to find a locket instead. Red later receives a package with a cell phone provided by Milos Kirchoff, and is taunted that Naomi would be sent to Red "piece by piece", making true to his word when Red finds a finger in the package. Harold Cooper returns to his role as the Task Force's director after a visit from Reddington.

RED CONFRONTS AN IMPORTANT PERSON FROM HIS PAST - Red continues to battle Berlin and faces a new threat from a man named Lord Baltimore. An important person comes back from the past into Red's world. Meanwhile, Liz tries to move forward with her life after her showdown with Tom. 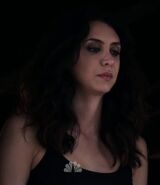 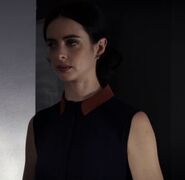 Retrieved from "https://the-blacklist.fandom.com/wiki/Lord_Baltimore?oldid=41097"
Community content is available under CC-BY-SA unless otherwise noted.