Liz and Red are secretly spying on Tom Keen, they are working out the connection between him, his brother, Lucy Brooks and who's employing them.

Tom tries to keep Lizzie close by asking her to renew her vows. She contacts their friends and Tom's brother Craig for the ceremony. Tom acts like he is surprised by Craig turning up and whilst upstairs shaving lets on that Craig had called earlier to warn him, Craig also states Lizzie is becoming too suspicious by asking him about their dead parents.... Whilst they are having this chat Lizzie has hidden a champagne glass that Craig drank out of to send off for fingerprints and DNA analysis. The analysis comes back as a Christopher Maly, unrelated to Tom. Lizzie follows him into his hotel room and handcuffs him to the sink in the bathroom. Red turns up to ask more questions, he refuses to answer so Red takes him to an art gallery and Dembe wheels his mother around in the distance to scare him. They return to the hotel room, where Tom calls Craig, he pretends everything is fine and that he needs 2 hours and will ring him back, Tom states that he is worried about the wrath of Milos Kirchoff. Red and Lizzie then ask about Milos Kirchoff, Craig refuses to answer and jumps out the hotel window.

Lizzie looks through the tapes that the apple man was recording of her and Tom in their house. She notices that Tom hid a key under a lamp in the house, she makes a copy of the key and puts it back where she found it. As she turns around Tom is there, who may have seen her moving the lamp back, as she goes to walk away Tom puts his hand on her shoulder and says they are newlyweds to which they kiss begrudgingly to Lizzie, after she has found out he is hiding a lot more than she thought.

The Blacklist case is about a man with diabetes who was put on a clinical drug trial that is making him ill and has killed others, known as the Undertaker (real name Milton Bobbit). He is a life insurance claims advisor who speaks to people that have had their insurances cancelled due to life threatening illnesses. He offers them money that will in turn help their loved ones with all money troubles, to get this money they have to agree to a murder-suicide. The Undertaker chooses the targets, wires them the money and they kill them. The Undertaker takes the doctor who headed up the trial to the cemetery and shows him the affect the trial has had on him. The Undertaker is strapped with a bomb, Ressler manages to arrest the doctor and remove him from the situation before Milton Bobbit sets the bomb off and kills himself.

“THE UNDERTAKER” SELLS THE PERFECT MURDER – Red and the team are on the hunt for “The Undertaker” – a life insurance claim adjuster who convinces ordinary people to become contract killers. Meanwhile, Liz works with Red to uncover Tom's secrets.

Slanders on the FBI and FDA[] 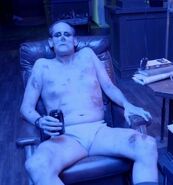 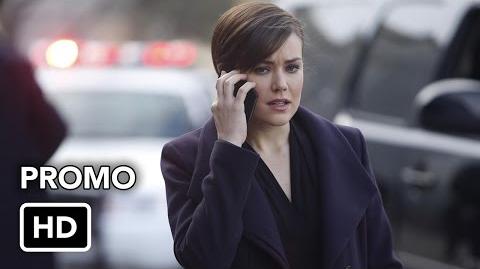