The Blacklist is an American drama series created by Sony Pictures Television and Davis Entertainment on NBC. The “Pilot” debuted on September 23, 2013.

On October 4 2013 NBC placed a back nine order, bringing the series up to 22 episodes.

After three more episodes the series took another break, for the Winter Olympics, between the 27th of January and the 24th February 2014.

On May 11, 2014, NBC announced that the show would move timeslot in February 2015 to Thursdays - and also be their choice of show to air after the Super Bowl.

On August 25 The Blacklist won the Emmy Award for Stunt coordination for a drama series, miniseries or movie.

The second season première. “Lord Baltimore”, was first broadcast on 22 September 2014 on NBC.

After “The Decembrist”, on November 10 2014 the show took a midseason break, with the next episode airing on 1 February  2015 (after the Superbowl)

On February 5, 2015 it was announced that NBC had renewed The Blacklist for a third season.

The series creator, Jon Bokenkamp, revealed during a December 4, 2015, interview on podcast The Blacklist Exposed that NBC had renewed The Blacklist for a fourth season.

On December 9 2015, it was announced that The Blacklist had been nominated for a Screen Actors Guild Award for Outstanding Performance by a Stunt Ensemble in a Television Series.

On May 14, 2016, NBC ordered a spin-off series of The Blacklist called The Blacklist: Redemption. The backdoor pilot was aired as an episode of The Blacklist. The spin-off focused on the relationship between Tom Keen and Susan Scott Hargrave. NBC announced that in the spin-off series Edi Gathegi, Tawny Cypress and Adrian Martinez will reprise their roles as Matias Solomon, Nez Rowan and Dumont. However, the show was cancelled on May 12, 2017, after its 8-episode season.

For decades, ex-government agent Raymond “Red” Reddington (James Spader) has been one of the FBI's most wanted fugitives. Brokering shadowy deals for criminals across the globe, Red was referred to by the media as “The Concierge of Crime.”

Now, he's mysteriously surrendered to the FBI with an explosive offer: he will help catch a long thought dead terrorist, Ranko Zamani, under the condition that he speaks only to Elizabeth “Liz” Keen, an FBI proﬁler fresh out of Quantico. For Liz, it's going to be one hell of a ﬁrst day on the job.

What follows is a twisting series of events as the race to stop a terrorist begins. What are Red's true intentions? Why has he chosen Liz, a woman with whom he seemingly has no connection? Does Liz have secrets of her own?

Zamani, we come to ﬁnd out, is only the ﬁrst of many on The Blacklist: a list of politicians, mobsters, spies, and international terrorists. He will help catch them all... with the caveat that Liz continues to work as his partner. Red will teach Liz to think like a criminal and “see the bigger picture”... whether she wants to or not. 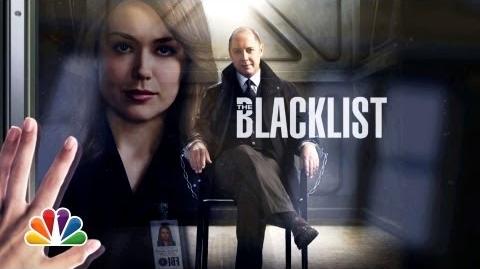 The Blacklist has been broadcast on the following overseas television channels: 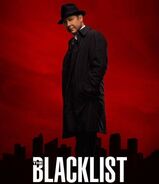 Promo
Add a photo to this gallery

Retrieved from "https://the-blacklist.fandom.com/wiki/The_Blacklist_(TV_Series)?oldid=46119"
Community content is available under CC-BY-SA unless otherwise noted.