A woman staggers down a New York street wearing a hospital gown and blanket. She approaches a police officer and asks about her baby. A man in a truck arrives and explains to the officer that the woman is his sister. When the officer turns his back the man shoots him and then turns to the woman and shoots her.

Elizabeth Keen and Tom Keen are at home watching a sonogram of the baby they are intending to adopt. They discuss their plans and check that they have purchased all the required accessories.

Liz meets Raymond Reddington and he tells her about the Cyprus Agency, an adoption agency that he thinks they should investigate. He gives her a file containing the details of a baby about to be adopted by David and Wendy Rowland. Liz meets the Rowlands and explains the situation to them, and they agree to allow the FBI to monitor their meeting with the agency lawyer, Theodore Caldwell. When Liz and Donald Ressler try to question Caldwell, he steps in front of a bus. Caldwell is baffled that the FBI does not know the truth.

Red walks through a deserted building where Teddy tells him that "she is telling the truth". Red walks into a room where Meera Malik is seated. He says to Malik that she leaked the schematic for the Post Office used by Anslo Garrick, Malik counters that she was authorized to start a bidding process to improve the security on orders from Harold Cooper. She says that if Red lets her go, she will find out who issued the classified order for the schematics.

The FBI raid the Cyprus Agency, and its head Owen Mallory offers his full cooperation. When they take the files back to The Post Office, Liz says that they have brokered 27 adoptions of infants in the last 3 years, which is a very high figure considering the rarity of international infants available for adoption. Cooper orders full DNA checks on all the children.

When the DNA checks yield no results, Liz meets with Red. Red tells her to check the relatives of the children. He reminds her that she must break the "police" mentality that she was trained in at the FBI academy if she wants to understand the black market. He also advises Liz that if she has the slightest doubt about her husband, she can not go ahead with the adoption. Ressler reports that 5 women, mothers of 12 of the children are in the system because they are missing persons. While Ressler and Liz are briefing Cooper, Malik uses Cooper's ID to access the records and download the file ordering her to begin the tendering process for the security upgrade.

Aram Mojtabai reports that he has found a file on Caldwell's computer that looks like they are going to kidnap a student named Charlotte Patterson from Georgetown University. Liz and Ressler do not arrive in time  to prevent the kidnap, but manage to see the van used to take Charlotte.

The van driver and kidnapper (and shooter from the beginning) meets with Mallory, and hands Charlotte over. When Mallory learns that the FBI witnessed the kidnap he kills the driver.

A man playing with his dog in some woods finds the body of Kate Ellison (the woman shot at the beginning). The Medical Examiner tells Liz and Ressler that she had given birth multiple time while sedated with Hydroxipam. Aram calls and tells Liz that Mallory attended Harvard under the name Charles Lassiter Junior, the only son of Charles and Mary Lassiter.

Liz and Ressler interview the Lassiters and learn that Mallory was called Michael Shaw when they knew him and that they had adopted him when he was seven years old. The young Michael developed Severe Attachment Disorder and when he threatened to harm himself and the Lassiters they returned him to the foster care system.

Red meets Malik in a park at night and she gives him the copy of the directive for a mandatory security upgrade, and tells him that the person who ordered the upgrade signed page 6. Red turns to page 6, reads the name and them says to Malik that their business is done.

Red meets Liz outside the house of a drug dealer he knows, called Russell. Red insists that he needs Hydroxipam, despite Russell stating that Hydroxipam is too powerful and most drug users avoid using it. Russell is able to tell Liz that one of the doctors who wrote a prescription for Hydroxipam was a fertility doctor.

Liz and Ressler visit the Galatea clinic and ask to speak to Dr. Gideon Hadley. Nestor leaves the agents at the desk and then goes to speak to Hadley and Mallory. When Nestor stalls, the agents walk past, when Nestor draws a gun. Ressler arrests him. Dr Hadley shoots at Ressler, who returns fire killing him. Liz while searching the premises finds a room full of unconscious pregnant women. Mallory is hiding in the room and attacks her, managing to disarm her. Ressler shoots him in the arm before he can shoot Liz. At the scene Cooper tells Liz that all 22 women are healthy, and that they are the mothers of the 27 children.

While Liz is interrogating Mallory, he tells her that the Lassiters did not want a child and wanted an accessory to smile for their Christmas card. He also says that he is father of all the children whom he gives out to potential adopters. However, it's what Mallory said that hit home to Liz when she realizes the consequences of how the child she and Tom are planning to adopt will be raised as long as their marriage continues to suffer the emotional strain.

When she arrives home Liz tells Tom that she can't go through with the adoption as there is something not right with their relationship. When she challenges Tom to say that he has no doubts, he does not respond.

Red is waiting in a town house, for its owner. The parlor door opens and Diane Fowler walks in. She initially denies that she is the mole, then threatens Red with Alan Fitch. Red shoots her once in the stomach and explains that she is not "one of the good guys" and now knows that he knows who she works for, is useless to the bad guys. She offers to tell Red what happened to his family, to which Red responds; if she knows, then someone else does too, and shoots her dead.

Liz is at home alone, crying as she looks at the baby accessories. Tom is in the front of a car talking with Jolene.

Cooper tells Malik, who is looking at the pictures of the rescued women, that he hates working with Reddington because of Red's personality, but that none of what they have achieved would have been possible without him, and then tells Malik to go home.

Kathryn Nemec arrives at Fowler's house and when Red apologizes for the mess, she replies that she is used to clearing up after him, and Nemec starts to clean up the mess.

BABY-SNATCHING FOR ILLEGAL ADOPTION HITS CLOSE TO HOME FOR LIZ – After a recent spate of abductions of babies from their mothers, Red informs Liz that the "Cyprus Agency" is the illegal adoption organization responsible. Coincidentally, Liz and Tom contemplate adoption of their own which fuels Liz to track down the organizations CEO, Owen Mallory. 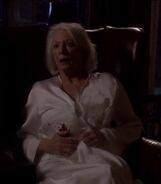 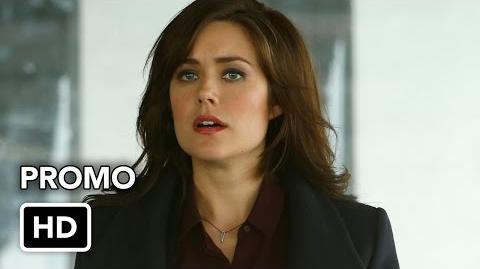 Retrieved from "https://the-blacklist.fandom.com/wiki/The_Cyprus_Agency?oldid=41075"
Community content is available under CC-BY-SA unless otherwise noted.