Raymond Reddington receives a new set of clothes in his cell, which he changes into. He then walks out through a door under escort and is shown to be on an oil tanker. A helicopter is just landing to take him to Washington DC.

In Washington, Red and Elizabeth Keen are given polygraph tests. During his test Red suddenly stops and announces that there is going to be a major incident at the Decatur Industrial Park.

While the tests are proceeding, Harold Cooper is in a meeting with Diane Fowler, United States Assistant Attorney General, Criminal Division. She insists that there will be no deal.

The FBI and other law enforcement personnel search the park but find nothing, and are just about to leave when they are warned about a runaway train on the adjacent track. Immediately, the agents see a train speeding toward them suddenly derail and hurtle out of control, forcing the agents to flee.

Liz visits Tom Keen at the hospital and then visits Red to tell him that she is calling the shots and he is not getting his immunity deal. When questioned Red says that he knew nothing about the train crash, just that there would be an incident. He says that the crash was caused by an assassin known as “The Freelancer” who assassinates his targets by causing large scale disasters. Red states that The Freelancer has killed over 3,000 innocent people in his accidents. Red compares his scale of carnage to terrorist organizations and governments. He lists several previous accidents where a politician was killed along with hundreds of bystanders.

Red says that he knows an intermediary who may be able to tell them the Freelancer's next victim, but he will have to meet him in person, in Montreal. With little choice the FBI arrange for Red to go to Montreal, and Liz to accompany him to the restaurant where the meeting is to occur.

At the restaurant Liz and Red talk, and Red asks Liz to profile him. Donald Ressler and the RCMP monitoring the meeting notice Red slip something to the sommelier and then leave the table. They all storm inside, but Red is nowhere to be found. Liz and Ressler argue about whose fault it is that Red escaped all the way back to the surveillance van, but when they open the door they find Red inside waiting for them. Red tells them that his contact was the coat check person and shows them a picture of the target, Floriana Campo, a noted anti-human trafficking campaigner who is one of Liz's personal heroes.

Back in Washington, the FBI meet with Floriana, and warn her about the impending attack. She refuses to cancel all fund-raising event, but does agree to a change of location.

As Red is the only person who knows what the Freelancer looks like, he has to attend the event which he won't do until his deal is in place. Reluctantly Fowler signs off on an off-the-record deal while vowing that Red will never have immunity. She also agrees that Dembe Zuma and Luli Zeng will form his security detail. However, she states that Meera Malik will join the task force.

At the event Red identifies one of the waiters as the Freelancer. In the confusion caused by the agents attempting to arrest him Red slips away.

The agents pursue and eventually catch the Freelancer, when he is knocked down by a commandeered taxi driven by Liz. Liz assures Floriana that the assassin has been captured and ensures she reaches her hotel room in safety.

Floriana is confronted in her hotel room by Red, who reveals that he knows that she is head of of the Eberhardt Cartel. He wonders how she manages both sides of her life, saying he would have “kicked the angel out years ago”. Then they argue about their methods of operation and levels of morality.

Ressler is questioning the Freelancer and getting nowhere, so Meera takes over with enhanced interrogation techniques. Squeezing his broken leg, she forces the Freelancer to reveal that Red had ordered the hit on Floriana.

Liz is informed, and returns to Floriana's hotel room to find the the agents guarding the room have been replaced by Dembe, who allows her access. Inside the room Floriana attempts to convince Liz of her innocence, but betrays herself by calling Red “Raymond”. Red says that he has had Floriana poisoned, but he has the antidote which he will handover once she admits her role as head of the Ebehardt Cartel. Floriana is given an emergency tracheotomy by Liz, and nods her guilt.

Next day Liz tells Red that the FBI have proved Floriana's leadership of the cartel and rescued a shipment of girls. When Liz asks what would have happened if the antidote had been administered in time, Red tells her there was no antidote.

In preparation for Tom's release from hospital, Liz replaces the box and has the carpet relaid. Unable to sleep on Tom's first night home, Liz checks the pockets of the clothes he was wearing, when he was tortured and stabbed, and finds a USB flash drive in an envelope labelled “Elizabeth Keen - Background”. When she checks the file she finds that it contains a testimonial about her, recorded by Tom for the adoption agency.

Red predicts an impending catastrophe, rooted by the work of an assassin, called “The Freelancer”. Together, Liz and Red go undercover to prevent from having his next target, Floriana Campo from being killed. Elsewhere, Ressler and newly re-hired CIA agent, Meera Malik, who’s been added to Red’s private security detail, keep an eye on them from a distance. Meanwhile, Liz considers what she should do next concerning Tom and the mysterious box she found hidden under the floorboards.

Slanders on the FBI and RCMP[] 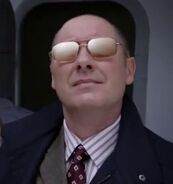 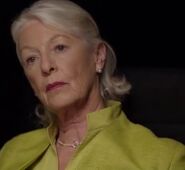 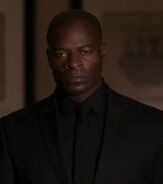 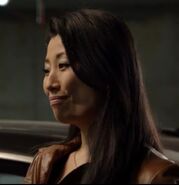 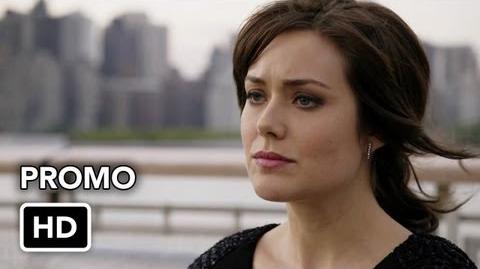