For the character of the same name, see Ruth Kipling.

A bearded, long haired man wearing an ill-fitting suit is stumbling along a rural Pennsylvania road, when he is approached by a passing motorist he drops the paper bag he was carrying and the motorist finds that it contains his identity documents, revealing that the man is Max Hastings, a Federal Prosecutor who disappeared 12 years earlier. At the hospital it is revealed that Hastings has suffered severe emotional trauma.

Raymond Reddington meets the Cowboy and asks him to investigate Lucy Brooks. Red tells The Cowboy that he does not want her found as he knows where she is, he wants to know what she has been doing for the previous 6 months.

At the Teachers Conference, Tom Keen is ignoring calls from Liz.

Red arrives at the Post Office and tells Liz that the re-appearance of Hastings indicates that a myth of someone called The Judge, who extracts revenge for wrongly convicted prisoners, is true. According to Red, prisoners write their appeal containing who they feel is responsible for their wrongful punishment and it passed through the prison system until it ends up in a book depository in Monroe, Virginia. The Judge then reviews the appeal, and if it is valid, extracts revenge on the basis of an eye for an eye. Liz briefs the team and says that Red believes that Hastings was incarcerated by The Judge because he held back information on an alibi witness for a man convicted of armed robbery called Leonard Debbs. It was believed that Hastings had been murdered by the Reynosa Cartel, whose leaders he had just indicted. Donald Ressler says that Debbs was released 2 months ago after serving 12 years. Harold Cooper theorizes that Hastings has been released after serving the same amount of time. Liz also says that there are more victims of the Judge, including a homicide detective, an appellate court judge, and 2 prosecutors. She says that they believe the appeals are being processed by a book depository run by a prison literacy charity in Monroe Virginia. Aram Mojtabai suspects that Frank Gordon, a convicted killer now on parole, is the contact but he has disappeared.

Liz and Ressler visit the book depository and find Gordon, but he escapes. In the cellar, where Gordon was living, they find appeals from prisoners all over the country, including the supermax prison of ADX Florence. Among the files is one on a prisoner called Alan Ray Rifkin with a sticker attached saying that the appeal has been granted. Liz checks into Rifkin's case and finds that he was convicted in 2003 of fighting with the Taliban in Afghanistan, and is scheduled for execution the next day. The actual crime he committed was massacring a village while with the Taliban. Aram tells Liz and Ressler that the investigating officer was Harold Cooper.

Cooper tells Liz that he is convinced of Rifkin's guilt and he will lose no sleep after watching his execution. Cooper also says that the prosecutor was Thomas Connolly, a candidate for Attorney General.

Liz visits Rifkin in prison, he is with Ruth Kipling from the Amnesty Collective who is serving as his designated spiritual advisor. Rifkin tells Liz that he only confessed after being beaten by Harold Cooper on the orders of Tom Connolly.

Tom and Jolene share a drink in a bar and talk. They then start to make out in the men's room, but are interrupted by a child. Jolene gives Tom her room key.

At a remote ranch, Frank Gordon receives a call confirming that the kidnapping of Cooper and Connolly will proceed if the execution occurs. He then helps Ruth Kipling feed the prisoners. While the distribution of the food is occurring, one of the prisoners calls Kipling “Mother”.

Meera Malik reports that there is an alternative log for Rifkin's transfer with an unexplained 2 hour delay in transport. Liz goes to see US Deputy Marshall William Munson and he tells her that there was delay and that Connolly ordered Cooper to get Rifkin to confess. When Cooper had beaten a confession out of Rifkin, Munson falsified the log and had Rifkin treated in his cell. He also says that he informed the Amnesty Collective about these events. Cooper meets with Connolly about containing the Rifkin problem.

The Cowboy searches Jolene's apartment and finds evidence of several trips abroad, some false identities, and a flash drive. When he reports to Red, Red realizes that she has been in the same places as him. The Cowboy says that she either has lots of little targets or one big target.

Liz goes to ask Cooper about her new information. Connolly is present and both accept that Cooper beat a confession out of Rifkin. Connolly tells Liz that as all judicial options have been exhausted, how the confession was obtained does not matter. Liz is told to protect her career, not to worry about innocence.

Liz tells Ressler that the new evidence cannot be considered, she is dismayed that the letter of the law is overriding the spirit of the law. Rifkin is executed, still protesting his innocence. Rifkin's last words are “Goodnight Mother”. Harold Cooper, Tom Connolly, and Ruth Kipling all witness the execution. Cooper and Connolly discuss the Post Office's recent success rate in arrests. Connolly says that after he is promoted to Attorney General, he will make Cooper the FBI director and learn about Cooper's “secret weapon”.

As they leave the execution Cooper and Connolly are kidnapped, and taken to Kipling's ranch.

Liz calls Red and informs him of the situation, he tells her that she needs to talk to Hastings.

Kipling sentences Connolly and Cooper to death, because they coerced a confession from Rifkin.

Red visits an old friend, Admiral Richard Abraham who is not happy to see Red, as he was disgraced after Red's disappearance and treason. Red asks him about helicopter operations in Afghanistan at the time of the attack Rifkin was accused of aiding. He agrees to help when Red says that the people who want the information can help his career.

Liz visits Hastings but he is still traumatized. As she leaves he says “Goodnight Mother”.

Liz asks Aram about Ruth Kipling since she has heard about Rifkin's last words. Liz says that her organization was the one that Munson spoke to, and they find an address for her in Pennsylvania.

At Kipling's ranch/prison, she brings Cooper out of his cell to a makeshift electric chair, preparing for his judgement.

Red calls Liz and she tells him that they know the location, he tells her that he has new information on the Rifkin case. Ressler and SWAT find the ranch, however Kipling decides to go on with Cooper's execution. Liz tells Ruth that someone with high level access is coming with new information.

Red enters the building where the prisoners are being held, he tells Kipling that Rifkin and his Taliban friends had massacred the villagers because an American agent had been hiding in the village. The US Army had extracted the agent hours before the Taliban arrived, and fearing bad publicity for leaving the village to its fate, covered up the existence of the agent. Red convinces Kipling to surrender because her overriding concern was not revenge, but justice. Although Rifkin's confession was beaten out of him, it was a true confession. To support his story Red shows Kipling the official classified Pentagon report on the incident.

At the Post Office, Cooper tells Liz to send the other appeals, that were sent to Kipling, to the Department of Justice. Cooper asks Liz if she is going to report his actions concerning Rifkin. She replies that there has been enough judgement concerning others.

Red meets with Cooper and tells him that in the future he would like Cooper to remember the events of this day. He also asks him to aid Admiral Richard Abraham.

Red meets with the Cowboy who shows Red photographs of him and Liz on her flash drive. The Cowboy offers to take her out, but Red says no, he wants her to continue her operation.

AN EYE FOR AN EYE – When a prominent Prosecutor is found after being missing for 12 years Red believes that this is the work of Ruth Kipling also known as “The Judge.” Only a myth, the Judge runs an underground criminal appeals process in which those who have wrongly imprisoned and punished others are judged and punished themselves. Meanwhile, Red investigates the woman who tempts Tom while in Orlando at a teacher’s conference. 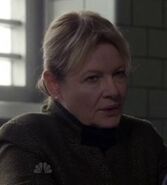 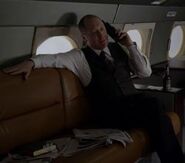 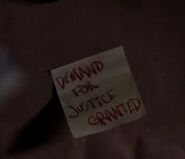 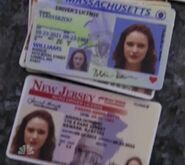 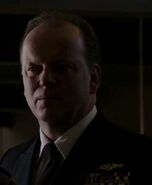 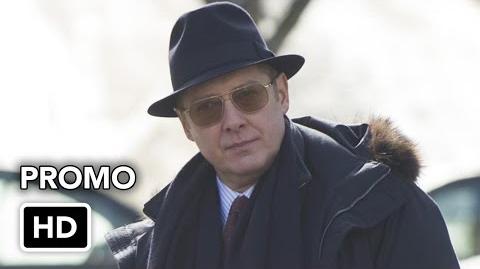